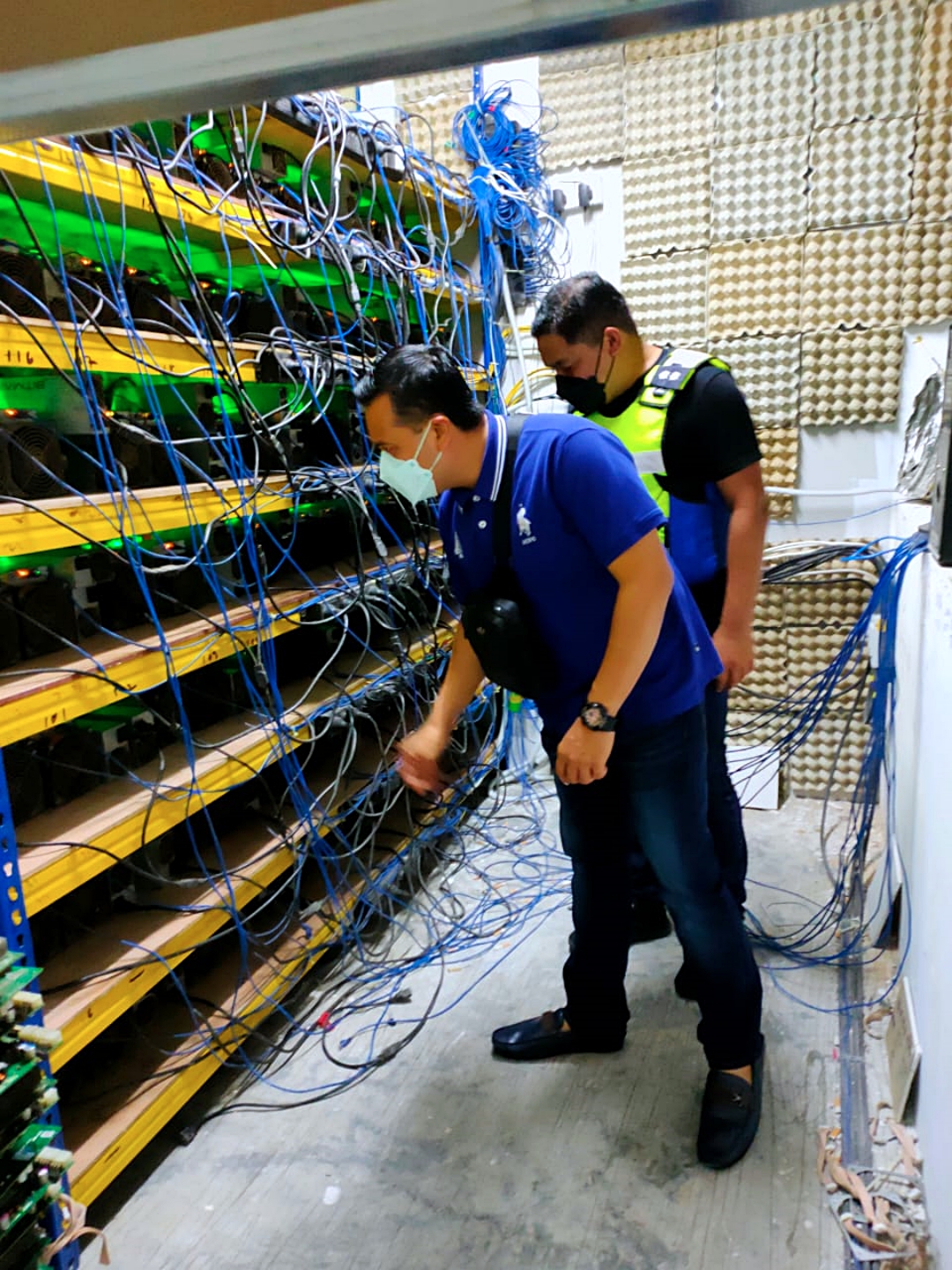 KUCHING (October 16): A business unit in Muara Tabuan was raided by police around 10 a.m. yesterday after it was discovered that it was stealing electricity for crypto mining.

ACP District Police Chief Ahsmon Bajah said today in a statement that during the raid, police arrested two male suspects, aged 24 and 44, who were working as guards on the premises.

â€œIt is estimated that locals have mined around RM 184,000 worth of cryptocurrency in the past eight months,â€ Ahsmon said.

He also said the police are also looking for the owner of the premises, adding that the locals have been mining cryptocurrencies since. February of this year.

Police seized an IT unit, 90 cryptocurrency mining rigs, an internet modem and other related devices during the raid.

The case was investigated under section 379 of the Penal Code and section 33 (5) of the Sarawak Electricity Ordinance.

Sarawak Energy (SEB) and the Department of Public Services discovered the largest case of electricity theft involving the mining of cryptocurrency in Sarawak at Demak Laut, here this week.

During the operation, a total of 1,200 cryptocurrency mining rigs worth RM 1.74 million were seized from a factory turned into a mining outlet.

Sarawak Energy is estimated to have suffered losses of over RM300,000 per month in unrecorded electricity consumption during cryptocurrency operations.